This post was inspired by an inquiry from a Year 9 student. Thank you Arron.

The origins of public policing

Propelled by the discovery of gold, the nature of policing in Victoria changed dramatically during the 1850s. These changes aimed to develop a united professional police force, based on a model of civil policing introduced in London by Sir Robert Peel in 1829.

The introduction of Peel’s model of civil policing is now seen as a great leap forward in law and order. At the time, Peel’s model was controversial because it took the responsibility of policing away from local control and placed it in the hands of the government. The British public feared a police force used by the government to keep itself in power. 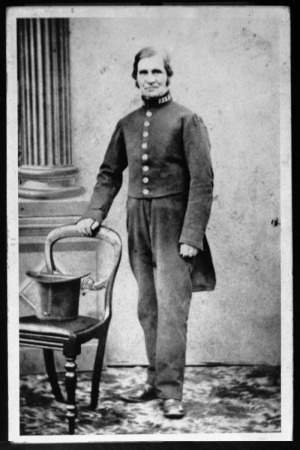 To help people accept this new form of policing, Peel’s model had several developments. These included police having no weapons except a concealed club and a rattle to attract attention; trying not to accept men of military rank or influence within the Government; and applying methods of crime prevention, rather than punishment. Police were assigned to a particular district, which was then divided into beats. A policeman would get to know his beat, and this would help him detect crime. Regulations and manuals regarding civil policing duties were also published.  The distinctive police uniform functioned to make people aware of the police presence and minimise accusations of police acting as spies.    Police were also ordered to be civil towards all members of the public. This civility extended to the point of accepting ridicule without any argument. You can read more about the development of Peel’s police here.