Books for Teaching History: Days of my Youth

Days of my Youth 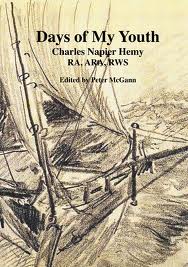 This fantastic little book is a great way to personalise students experiences of our History, and provides an opportunity to debate the classification of a source as primary or secondary. Charles Napier Hemy was a renowned maritime artist of the late 19th century. At the age of 10 he accompanied his father on a trip around the world, culminating in a visit to the Goldfields of Victoria in 1851-2. In 1904 Charles sat down on board his yacht Van Der Meer in Falmouth harbour and wrote a journal of his recollections of his travels under sail, and adventures on the Goldfields. END_OF_DOCUMENT_TOKEN_TO_BE_REPLACED

Following Sunday’s (2/10) epidsode of Wild Boys it seems like there is one Bushranger that deserves a greater mention.  Captain Moonlite is not just a fictional TV character, he was a real person and one of the most infamous characters of the Ballarat goldfields region.

The producers of Wild Boys clearly based their Captain Moonlite on the real man and they have included a number of acurate details.  We thought we would take the oppotunity to share some more about his life and some ideas for exploring this goldfields character and related topics in your classrooms. 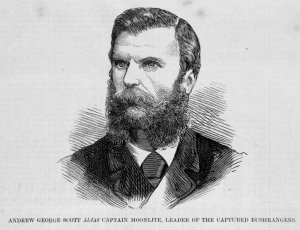 END_OF_DOCUMENT_TOKEN_TO_BE_REPLACED

Bushrangers on the Goldfields

With the new popular TV program ‘Wild Boys’ gracing our screens it seems timely to discuss the presence of Bushrangers during the gold rushes.  While the TV show glosses over a few historical details, drawing on popular culture such as this can be used as a powerful hook to engage students in history.  They can even become historians who investigate the historical accuracy of such programs, from people and attitudes to building construction and details of daily life – an interesting and empowering activity no doubt.

Bushrangers certainly existed in colonial Australia and some thrived during the gold rush.  Unidentifiable gold was an alluring target, as were the many naive new chums arriving in the colony.   A large part of the British Redcoats‘ role in the colonies was to act as a gold escort between the diggings and Melbourne.   The situation was further affected by the presence of numerous ex-convicts harbouring resentment towards authority figures and the limited number of police; including some untrained and allegedly corrupt officers.  It was a potent mix and a complex social scenario.